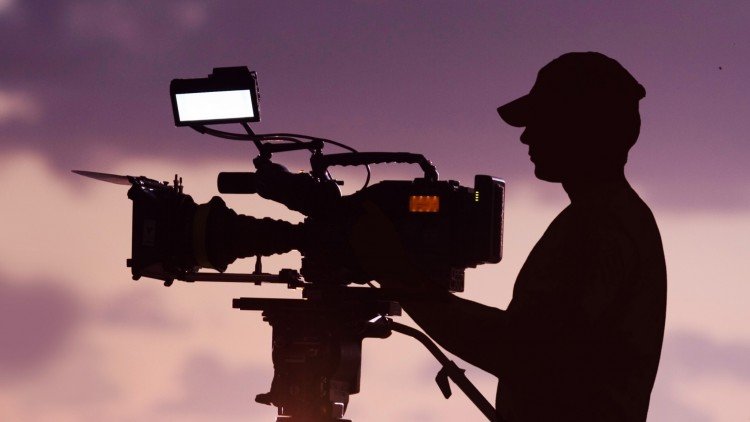 The late 18th century is the stepping stone of the golden age of filmmaking. The public premiere of ten short films of the Lumière brothers in Paris on December 28, 1895 was a breakthrough in the field of motion pictures. Since then cinema has been an important part of daily lives of people, it has imparted many emotions through a screen which has expressed various stories and impacted a lot of minds. Cinemas are part of conversation of people, a way to share and change people’s lives.
A film with its story not only entertain people, but it inspires to do more. A great filmmaker is not just a person who makes film but he is the one who inspires the audience to express themselves.
Filmmaking has to be of the most tedious and involved process in arts, but it is also the quite explorative world of its own. When a true movie director leads his film he doesn’t shoot just to release, he express his imagination and the way he would live his character.
A successful Director should have set of skills to concoct the film along with his crew.
Here are the Top 7 skills that a film director inculcates:

1.Creativity
What is a movie if there is no creative touch to it?It is the creativity of the director which gives life to the story. The creativity doesn’t only confine to story making, the director decides the very tip of the shoes his character would wear to what is the apt dialogue his character would deliver. To be a great filmmaker, you must learn to use your creativity productively. To tell a unique and original story, you need to develop your imagination. Otherwise, the movie project will fail because there is no distinction.


2. Communication
As a director, you will be leading the production of a film. Observe the creative process from start to finish, interacting with everyone from creators to visual effects artists. For cast and staff to perform at their best, they need to communicate their ideas clearly and effectively. If you can't do that, parts of the story can get lost or the film can lose its cohesiveness.


3. Decisiveness
As a director, all kinds of suggestions and ideas are provided. And they will often interfere with or contradict your vision or the vision of others. Then it will be your duty to choose the path and stick with it. Often it is less important to make the right decision (the right decision doesn't always exist) and more important to make the decision and move forward. Lack of determination can waste time, effort, and resources for cast and crew.


4.Open Mindedness
While you are responsible for making the final decisions, you must also be fair in listening to your colleagues' suggestions. Your team will most likely have experts who know their business. Your task is not to hinder their creativity in your vision, but to use their skills to tell your story in the best possible way. If you learn to keep an open mind, you can turn the original ideas of actors and crew into a brilliantly embodied aspect of the final cut.


5.Organization
You might think that being a director is interpreting a script and telling a story, but that's only part of it. Director is also to manage the team effectively to create the best final product. With the skills we've already discussed, this requires being the king (or queen) of your organization. As a director, you need to know what position an actor should be and when. You need to know which crew members do which missions. And you need to have a plan for every scene you shoot. To be on top of everything,you will need to find a way to get organized and stay that way.

6.TECHNOLOGICAL EXPERTISE
One of the ways you can ensure you’re always wanted is to make yourself invaluable. For filmmakers, this means the technical experience they need to get the job done accurately and efficiently. You don't have to be an expert on every aspect of filmmaking, but it's important to know what a good shot looks like and how to get it, including framing, staging, lighting, and the actual techniques you need to use. As long as you know what to do, learning how to do it will be easy, especially when you learn by doing! As a filmmaker, you need a technical understanding of every aspect of the filming process. This includes shooting, lighting, sound, special effects, design, post production, and more. It's almost impossible to learn all of this on your own, but with the resources you need and plenty of hands-on experience, you'll be ready for all the technical aspects of filmmaking.

7.Written and Visual Storytelling
Filmmakers can spend hours, months, or even years making a film, but making a film, or at least a successful film, is impossible without the skills necessary for visual and written storytelling. Not everyone is a creative genius, and not everyone can write the best scripts and create the best storyboards, but everyone has the skills needed to understand, organize, evaluate, and analyse a story, including written scripts and unspoken visual stories. You can develop your skills, even if you're not involved in the script or artistic visual effects as a director, you need to understand the story you're trying to portray so that you can create a film that reflects the story well in every element. If you’re working as a cinematographer, producer, director, or otherwise, you simply can’t be successful if you aren’t always aware of how the decisions you make affect the story – and vice versa.
A Director is the foundation of a successful film so it is very much important to upgrade himself with changing skill to be able to direct his story.
So, Join LK productions International and roll your camera to your imagination!