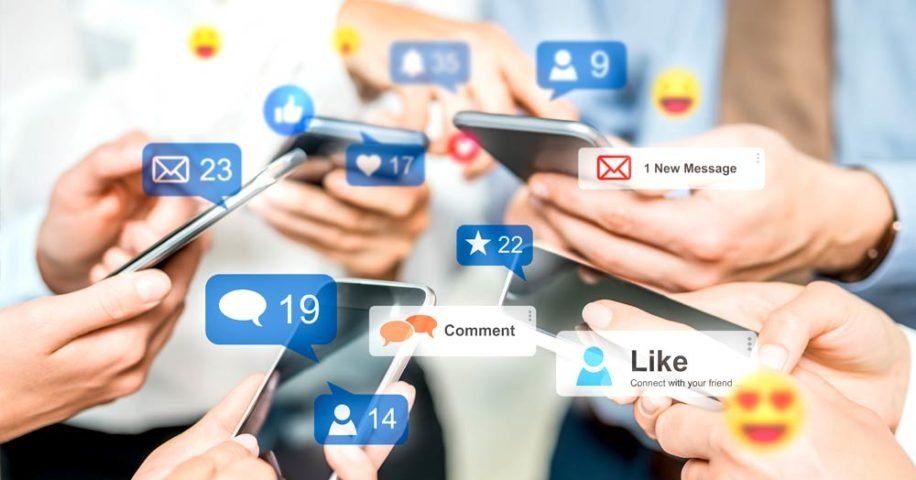 Social media is a tool where people share their opinions and criticism. Social media plays a huge impact in the movie in order to promote its audience.
Information technology development, storage cost reduction and development in the field of machine learning has made user data a widely discussed variable at present time. In the age of millions of people connected through social networks, and word of mouth has been recognized many times in various fields of study. Traditional factors have recently come under scrutiny in this area of ​​research. Social media gives ordinary people the power to be content creators and informants. This information is embedded in multimedia and is sharedacross social networks, what catches our attention, what we share thebiases and the digital footprints we throw away.
Social media has also had a major impact on traditional communication and information models. Social media use in a major demographic of youth is steadily increasing and young adult film audiences. The continued popularity of social media is direct channel for audiences that was previously unavailable to film marketers. Expansion of sharing sites such as YouTube, Facebook, and Twitter provides information at lightning speed.
The traditional form of Media Analysis

The traditional form of media are mainstream parameters that are used by film critics to analyse a film’s success.
Some of the mainstream ideas are:

We believein that early research work, one of the earliest studies in this field, the increase in the production cost inherent in the film Increase the popularity and quality of the finished work, such popularity In general, you get more income from movies in the cinema. Thus the author believes that the production budget is an important factor in determining the quality of a film and gross profit.

2. Central Board Of Film Certification

The Central Board of Film Certification is a board of authorities in India to rate a film's suitability for certain audiences. We see that early works have paid significant attention to the rating of the movie and have investigated its predictive capacity largely.

The timing of a movie's release largely depends on its success. Many critics believe that the holidays are considered the best time for a movie release, as children won’t have school and educational activities, and audiences are distanced from the daily chores. If a movie is released during the holiday season, the box office hit movies can have a ripple effect on other films. Movies that moviemaker want to release to a specific audience are best if you release them regularly, as adults can watch them without children.

Critical acclaim for a movie will lend momentum to its theatrical release. If the critiques have unfavourable opinionsof the movie its success can be highly affected.
Not all awards have same effect to the success of movie. The award type depends which is awarded to movie.
Awarding of movie happens after its release so the best way to calculate a movie success is through comparing the awards won in previous movie of moviemakers.


5. Number of theatres movies are released

Researchers often find that more theatres the movie is released the more revenue it generates and the more income you will earn. Several studies have been done the longer a movie is shown in the cinema, the more they gross they make.

A successful star who is a name among his/her audience can generate enough audience from his/her fans. The fame of the star highly depends on the verdict of the movie. If the movie is of debutant then at least the director and production house should be well known to reach to mass audience.


Now these are some of parameters that were used to understand a film’s success.

After the discovery of social media people became more aware of the world, direct word of mouth was accessed audience opinions came into play these helped a movie to be analysed more than just a notion of a famous movie star and famous directors.
Movies were judged on the basis of content, visuals, sound effects and much more factors. The movies were not only reviewed by movie critiques but even ordinary people were able to pass their opinions to world which was less biased and true to information.

Certain parameters that is used to promote movies in social media are:

Movie marketers now face extreme challenges to pleas audience, now most people check the social media reviews before watching movies. So it’s very important to market a movie which can please majority of its viewers. No matter the moviemakers have great name and fame if at all it does not provide pleasing content then it will fail.

It is the number 1 social media website with more than billions of user’s interaction. It is the anchor of most social media strategies to promote any form of product or service. Many movies and production houses launch their pages to promote their movies with posters, trailers, etc. Movies also market through ads in Facebook.

The new gen or the youth communicate with instagram that is also a social media platform by Facebook. It is more active than Facebook and its algorithm is easier to reach mass audience.

YouTube is social media platform for video sharing. Many moviemakers release their trailers, teasers, spotlights of their promotion of movies and also the movie review content makers post their opinion video of the movie here.


As the technology is changing there are more platforms where all types of opinions are voiced about a movie which challenges the movie makers to produce good and entertainment friendly movie rather just depending upon fame of actors and celebrities for a success of film to have influence in audience.