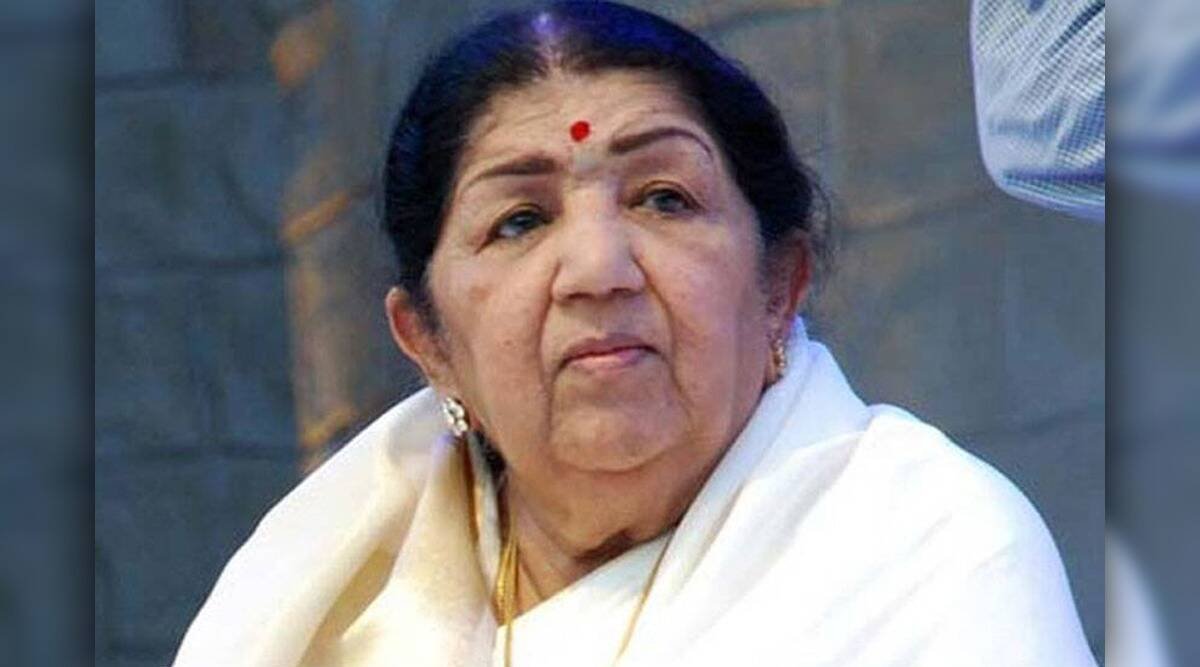 Lata Mangeshkar famously known as ‘Nightingale of India’ was born on 28th September, 1929 in Indore state, British India, now Madhya Pradesh. She was born as the daughter of Deenanth Mangeshkar (father) and Shevanti (mother).  Her father was a classical singer and a theatre actor and her mother was homemaker. She was the eldest daughter of her parents. Her siblings are also accomplished singers and composers. Famous Indian singer Asha Bhosle is her sister.
She did her first public performance in one of her father’s play when she was 9 years old and started her music career by recording her first song at the age of 13 after her father had died due to heart illness.
She started learning music from the age of 5 from her father.  Alongside learning music, she also participated as an actress in her father’s musical plays.
After the death of her father, she started her career as singer under the guidance Master Vinayak. He was the owner of a movie company and a close friend of Mangeshkar family.
Her first song"Mata Ek Sapoot Ki Duniya Badal De Tu" was for Marathi film Gajaabhaau. She also acted in small roles for various movies when she was young. After 1945, she moved to Mumbai when Master Vinayak’s company shifted its headquarter to Mumbai. She started learning Hindustani classical music from Ustad Aman Ali Khan. She was introduced to many directors for recording soundtracks. Many directors were mesmerised by her voice. Her first breakthrough to the cinema industry as a singer was through the Hindi song "Dil Mera Toda, Mujhe Kahin Ka Na Chhora" from the movie Majboor in 1948.
She established different forms of singing style that suited both modern and traditional female protagonists. Lata ji’s famous style was ‘Soprano’ with less amplitude and less volume with enough weight to structure the lyrics.
She later developed high pitched singing and learned Urdu to develop her singing skills for films such ‘Mahal’, ‘Adl-e-Jehangir’ as the movies used Urdu language.
Lata Mangeshkar sang more than 30,000 songs in many languages. Her voice was praised and awarded with various titles such as ‘Nightingale of India’, ‘Voice of Millennium’ and ‘Voice of Melody’. She also won many awards such as Bharat Ratna, Padma Bhusan, Padma Vibhushan, Legion of Honour from France, Dadasaheb Phalke award, Filmfare awards for best playback singer etc.
She have sang various songs with her contemporary singers and also new age singers. She also have composed and produced various songs. She have conducted various concerts in India and around the world out of which she donated a lot to charity.
She was diagnosed with Covid-19 on January 08, 2022 which escalated to pneumonia. She later died due multiple organ dysfunction syndrome on 6th February, 2022 at the age of 92 after a long battle of 28 days.
She was cremated at Mumbai’s Shivaji Park with state honours. Various famous personalities from film industry attended her funeral along with the President Ram Nath Kovind and Prime Minister Narendra Modi.  Worldwide leaders gave condolences through social media for the country’s loss.
Her last recorded song was Gayatri Mantra for the wedding of Isha Ambani, daughter of business tycoon Mukesh Ambani.