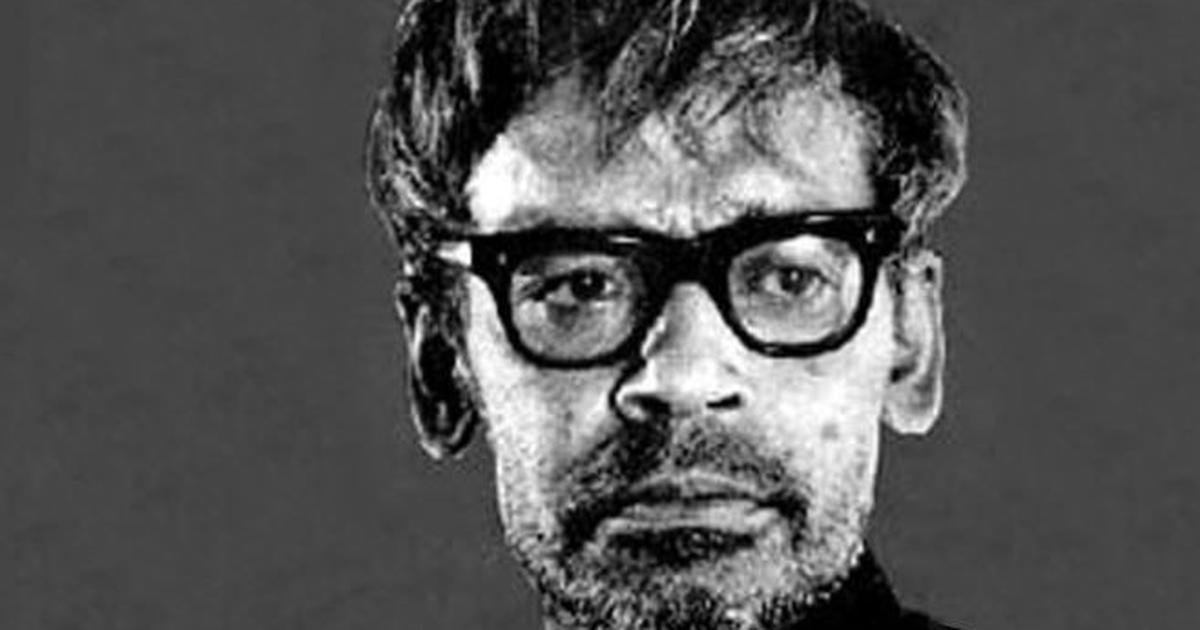 Ritwik Kumar Ghatak is a Bengali Film Director born on 4th November 1925.  He is from Dacca, Bengal Presidency, British India. He was noted film director, screenwriter and playwright. He is recognized among his contemporary Bengali filmmakers Satyajit Ray, Tapan Sinha and Mrinal Sen. His film writing mainly focused on real life issues and his diligent depiction of issues that ensued after the partition of India and Pakistan. He completed his schooling from Ballygunge Government High School and Rajsahi Collegiate School.  He completed his college from Presidency College, Calcutta University.
In 1948, Ghatak scripted his first play ‘Kalo Sayar’ (The Dark Lake). Later on Ghatak entered film industry as actor and assistant director with his first movie Chinnamul in 1950. Two years after this movie, he released his first directorial ‘Nagarik’ (1952).Both the movies were a major breakthrough for the Indian Cinema. His movies were a culmination of commercial and documentary cinema which depicted the social grievances of Indian society and highlighted the partition theme in most films. He was also a member of Communist Party of India, later expelled in 1955. He was one of the main leaders of party’s cultural wing ‘Indian People’s Theatre Association’. He was applauded for his partition trilogy Meghe Dhaka Tara (1960), Komal Gandhar (1961) and Subarnarekha (1962).  Many contemporary directors like Satyajit Ray tried to promote his works but it could not give him international praise like others. Many films were released commercially after his death and came to be recognized primarily in India. Later in world cinema, many movies took inspiration from his film ideologies like reincarnation, inanimate objects as central characters and movies in hyperlink format that went onto be greatest hits.
Ghatak’s major commercial success was ‘Madhumati’ (1958) for which he wrote screenplay and was nominated for Filmfare Best Story Award. The story revolved around the idea of reincarnation which gave inspiration for many films in India and Worldwide like The Reincarnation of Peter Proud (1975) and the Hindi film Karz (1980) .
In his later life he briefly moved to Pune in 1966 where he was professor at Film and Television Institute of India (FTII). His students included famous directors such as Mani Kaul, Kumar Sahani, Adoor Gopalakrishnan, Saeed Akthar Mirza, Subhash Ghai and John Abraham.He also helped in making student films like “Fear” and “Rendezvous”. He influenced directors both who were his students and other directors who they appreciated his works. His influence as a director was visible much later in 1990’s when his projects were taken to restoration and was send to international exhibitions where his film trilogy were ranked 11 in Asian Film magazine ‘Cinemaya’  in 1998.  His movie ‘River named Titas’ topped the list of Bangladeshi’s 10 best films chosen by Critic polls conducted by British Film Institute.  He was also awarded Padma Shri for Arts in 1970 by Government of India. He was awarded many accolades for his film in his later life.
Ghatak was also an ideologist where he shared scholarly views about cinema and filmmaking which has been depicted in “Cinema and I” his book that cover all aspects of mainstream cinema as quoted by Satyajit Ray.
Ritwik Ghatak passed away in 6th February 1976 at the age of 50.
Ritwik Ghatak believed that film was his tool to end the sorrows of people and express his anger and sufferings of his people.